Even if you skip the salt shaker for your meals, you might be surprised at how much sodium you’re taking in each day. Most Americans take in well more than the recommended 2,300 milligrams a day which can cause high blood pressure, water retention, kidney disease, and osteoporosis. Crackers, chips and pretzels are well-known high-sodium foods, but what other sneaky culprits are hiding on the shelves at grocery stores?

1.    Sauces – Salad dressings taste salty, but just how much salt is in them? BBQ sauce and different salad dressings can include more than 300 mg of sodium in just two tablespoons. Make salad dressings and marinades at home to control the amount of sodium you’re taking in. 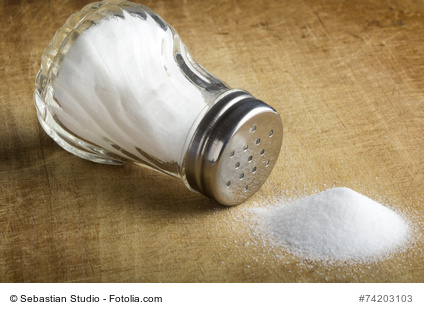 2.    Canned soup – A bowl of soup seems like a healthy lunch, but some canned soup can contain more than half of the 2,300 mg sodium limit. Choose low-sodium soups and add extra flavor with herbs, pepper or parmesan cheese.

3.    Frozen meals (even the reduced-sodium ones) – Reduced-sodium frozen meals are deceptive because in order to be labeled “reduced sodium”, it only has to have 25 percent less sodium than the original meal. Look for meals that are labeled “low sodium” and “very low sodium.”

4.     Deli meats – Three slices of sliced turkey can add up to more than 1,000 mg of sodium. Opt for low-sodium deli meats or buy other lean sources of protein.

5.    Pancakes – Pancakes in restaurants can contain more than 2,000 mg of sodium. Making pancakes at home can be a good option, but some ready-made and pourable mixes can contain up to 750 mg. Read the labels to find the lowest sodium option.

6.    Veggie Burgers – Veggie burgers can be a healthy option, but others can include a long list of processed ingredients and up to 500 mg of sodium.

7.    Vegetables with sauces – Vegetables are usually a healthy choice, but frozen vegetables that are covered in sauce are always loaded with sodium. Choose regular vegetables and add a little olive oil for healthy fat.