Coffee is one of the most universally consumed beverages around. In fact, it is estimated that 83% of American adults drink coffee daily. It is well known that coffee can help to wake you up, but can it actually help prevent cancer?

To understand the effect coffee has on the body, it’s helpful to know what is actually in it. Because coffee beans are grown in several different parts of the world, not all coffee is the same. But in general, most coffee contains the following:

B2 Vitamins (riboflavin) – these vitamins help to convert food into energy

Antioxidants – antioxidants help to fight oxidation, which is a process that occurs when your body is exposed to harmful environmental conditions. 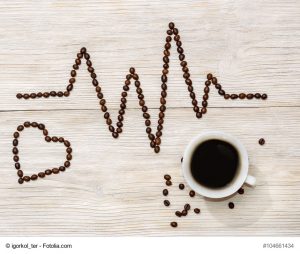 Early studies (before 1991) showed that coffee may actually increase risk of certain types of cancer. But, since then, more in-depth research indicate otherwise.  Most notably, coffee may  decrease chances of developing liver cancer. In addition, there is less risk for prostate cancer, endometrial cancer and cancers of the mouth and throat.

Many theories exist as to why this happens, but some scientists propose that coffee improves insulin sensitivity and prevents chronic inflammation. Others believe that coffee protects against DNA damage, slows growth of tumors or causes damaged cells to die before they turn into cancer.

The studies showed that these benefits were only found in people who drink four to six cups of coffee per day. Since the average person only drinks one or two cups, many people may not receive these health effects. In addition, for those who add cream and sugar, the extra calories could lead to an increase in fat storage, which puts people more at-risk for cancer.

What Other Health Benefits Does Coffee Offer?

While cancer-risk is typically only found in heavy coffee drinkers, studies have shown that regular consumption of the beverage could make someone less likely to develop:

Type 2 Diabetes -Studies have shown that frequent coffee drinkers are less at-risk for type 2 diabetes. Those who drink coffee exhibited better glucose tolerance than those who didn’t.

Heart Disease & Stroke – The effects of coffee could help prevent risk-factors that could cause a heart attack or stroke. For example, coffee has been linked with lower risk for heart rhythm disorders.

A study in 2009 tested the effects of coffee on women’s health. Women who drank two or more cups a day were 20% less likely to have have a stroke than women who drank less or none at all.

Parkinson’s Disease – Research suggests that there is a correlation between coffee drinkers and lower risk of Parkinson’s Disease. The high level of caffeine in coffee can help reduce risk or delay development of PD.

Alzheimer’s Disease – A 2009 study in Sweden showed evidence that drinking coffee during midlife can help decrease the risk of dementia and Alzheimer’s disease later in life.

So, as your getting warm this winter with a nice cup of coffee, remember that there are a number of health benefits that could be associated. For more information on tips to keep you healthy and active this winter, contact us today at (469) 322-7174!